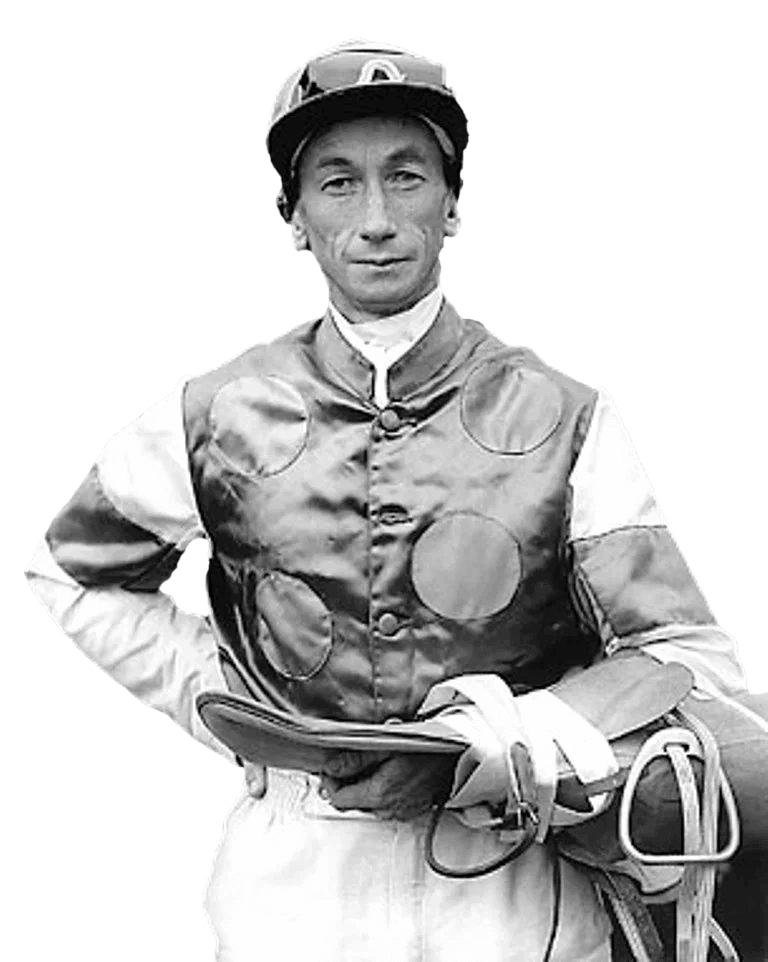 "One of Australia's Greatest Ever Jockeys"

The makings of a Champion

He started out delivery papers for the Daily Mercury on horseback in and around Mackay as a 13-year-old. He worked his first horse at Ooralea and rode at the Mackay Showgrounds trot meetings before heading to Brisbane at age 14 to train as a jockey under trainer Louis Dahl.

Following success in Brisbane, including a senior jockeys’ premiership in 1943, he departed for Sydney and forged a successful association with leading trainer Tommy Smith.

Although based out of Sydney, he rode internationally in the 1950s and 60s, winning big races in Europe, the United Kingdom and United States.

Moore’s association with TJ Smith included great success riding Tulloch, a racehorse regarded as one of the best in Australian history.

Moore went on to become a trainer, starting out in France and Australia in 1972 before hitting the Hong Kong training scene in 1973. He remained in Hong Kong for 13 seasons, winning the premiership 11 times.

Following the 1985 season, he retired to the Gold Coast. He died in Sydney in January 2008, 70 years to the week after he first began his racing career.

A tribute for former champion jockey, the late George Moore, was unveiled at the Mackay Turf Club at the 2020 TAB NQ Classic Derby Day.

He said council organised the recognition after an approach from Mackay resident and racing enthusiast Paul Maguire, of Maguire Breeding and Racing, who is also a Turf Club patron.

“Paul felt there needed to be more recognition in Mackay for George Moore, who hailed from here and went on to become one of the best jockeys in the world,’’ Mayor Williamson said.

“We organised the memorabilia, with the assistance of council’s Museums, Libraries and Corporate Communications and Marketing teams, and Mackay Turf Club was pleased to be involved,’’ he said.

“The racecourse is a fitting home for the tribute to George Moore. The nearby George Moore Park is also named in his honour.”

His son John Moore provided a thank you note on behalf of the family which was read out at the unveiling. 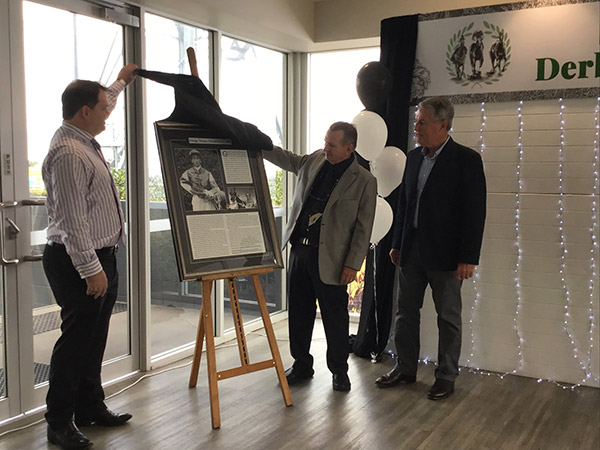 Unveiling of the Framed Tribute (left to right): Mackay Turf Club Committee Chairman John Philps, with the member of the public who suggested/prompted the tribute, Paul Maguire and the Mayor, Greg Williamson. 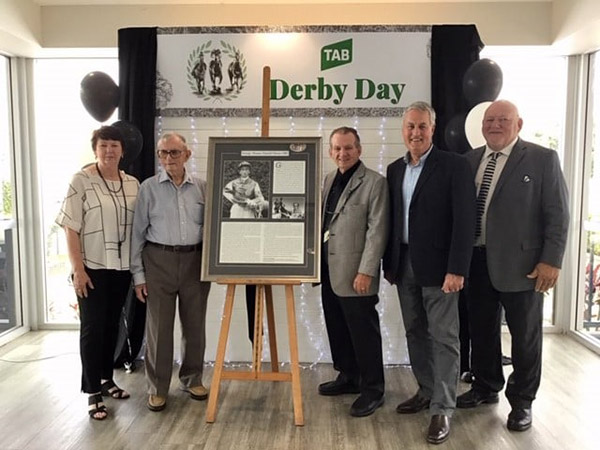 A letter from the Moore Family

On behalf of the entire Moore family, I would like to take this opportunity to thank the Mackay Regional Council for its decision to acknowledge Dad’s achievements in such a special way.

I know my mother, who passed away only recently, would join me in expressing those thoughts should she still be with us.

The fact the handover of a commemorative certificate coincides with the day the Mackay Derby is to be run is a fitting gesture behind the presentation.

The finest traditions of racing dictate that The Derby is the most important event on the calendar and some of Dad’s proudest moments were associated with his victories in this race.

Far North Queensland has produced some of Australia’s finest sporting icons and Mackay can be assured Dad never forgot his roots or the fact he was a country-born lad who made good.

Your tribute will help etch that fact in history. 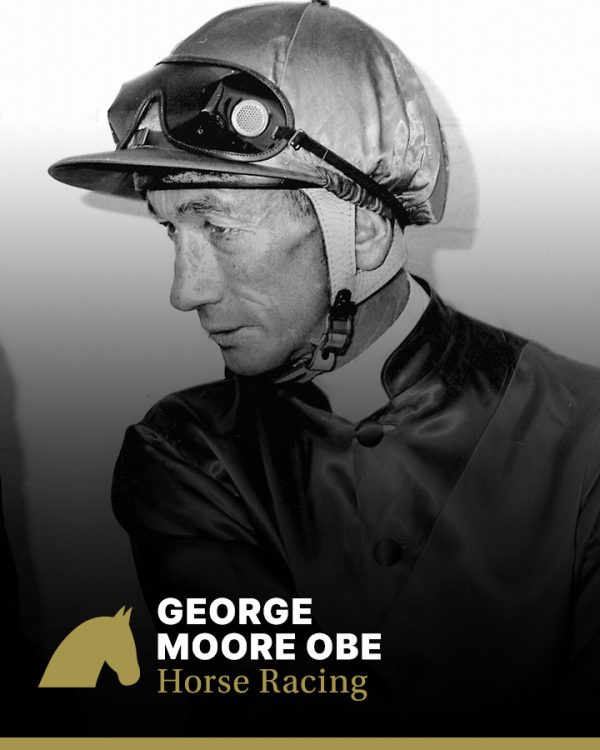 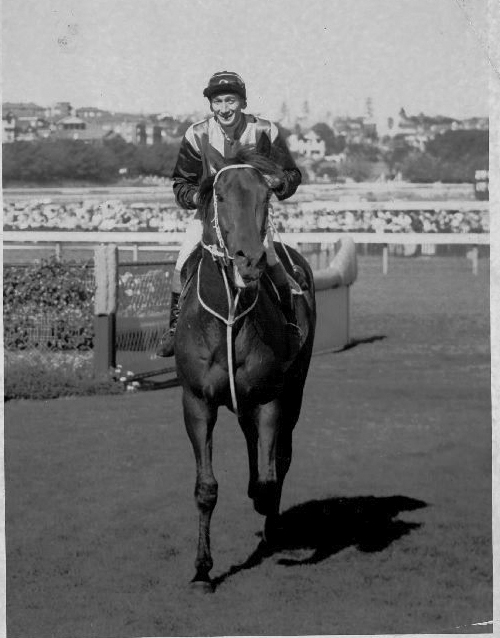 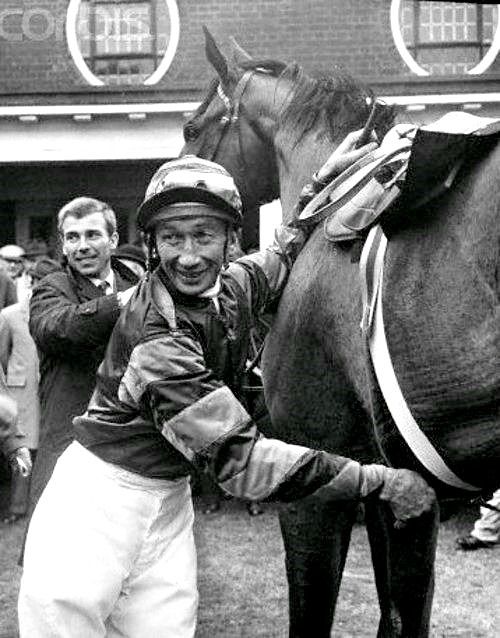